Trainer Johnny Farrelly has set his sights on booking the services of champion jockey Richard Johnson for the ride aboard Amore Alato in the 32Red Kauto Star Novices’ Chase at Kempton on Boxing Day.
The seven-year-old is one of 13 entries for the three-mile Grade One, which is better known as the Feltham.
Amore Alato struck at the first time of asking this season when upped to three miles in a Listed contest at Sandown last month.
Potential rivals to Amore Alato include the Paul Nicholls-trained pair of Frodon and Present Man, and Carraci Apache and Might Bite from the yard of Nicky Henderson, who last won the race with Long Run in 2009.
Dan Skelton is another trainer that could have two runners in the shape of Churchtown Champ and Virgilio, while Gordon Elliott is also double-handed with A Toi Phil and Jetstream Jack.
After having decided to let Thistlecrack take his chance in the King George VI Chase on the same card, trainer Colin Tizzard chances of glory now rest with Royal Vacation.The entry list is completed by American (Harry Fry), Anibale Fly (Tony Martin) and Minella Daddy (Peter Bowen).
Meanwhile, Blaklion heads 23 entries for the 188Bet Rowland Meyrick Handicap Chase at Wetherby on Boxing Day. 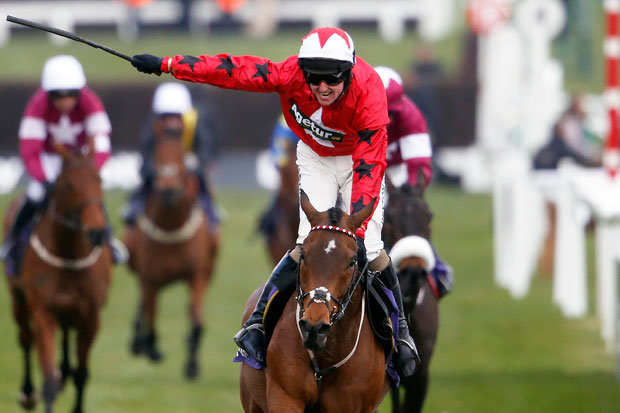 The Yorkshire Christmas Meeting is one of the highlights of Wetherby’s season and the two-day fixture gets under way on Monday with a cracking seven-race card headlined by the Grade Three event.
Run over three miles, the £40,000 race boasts a tremendous roll of honour, with future Cheltenham Gold Cup winners Forgive ‘n Forget and The Thinker the standout winners, and has attracted some high-class performers, headed by last season’s RSA Chase hero Blaklion for Nigel Twiston-DaviesChampion trainer Paul Nicholls has made three entries – the 2016 Scottish Grand National hero Vicente, Vivaldi Collonges and Virak.
Ben Pauling, meanwhile, intends to step Jaleo back up in class for a tilt at the 32Red Lanzarote Hurdle at Kempton.
The four-year-old made his seasonal return, and first start for the Bourton-on-the-Water handler since joining from John Ferguson, a winning one at Lingfield earlier this month.
Plans are now in place to target the son of New Approach to run in the Grade Three event on January 14.
BEST OFFER